The first ever Middle East Veg Congress was held in Dubai, United Arab Emirates, December 6 & 7, 2010. The Congress was a great success, with many new ideas that the rest of us can learn from. Over the two days there were 16 speakers from many countries around the world, workshops for children, fabulous vegan food provided by sponsors, the organic food expo taking place alongside, and all of it video'd by SMTV who brought in 14 people from East Asia to do the job. The grand finale was a live interactive satellite link with Supreme Master Ching Hai from the climate change conference in Cancun, Mexico. 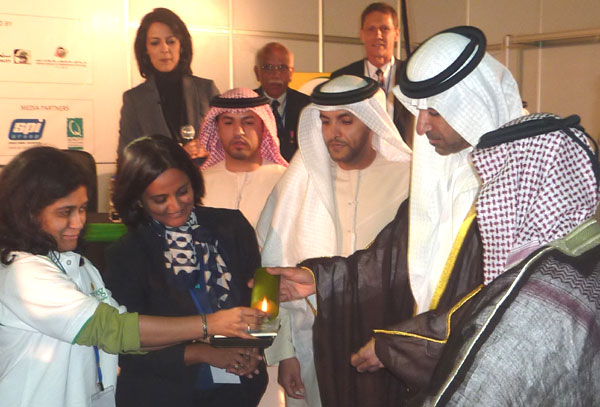 above: the Minister of Health for the United Arab Emirates lighting the lamp to open the Congress. With Sandhya Prakash (blue scarf) IVU Representatve for the Middle East, and the Congress organiser.