The OTHER Saint Francis: The Holy Miracle-Worker of Paola 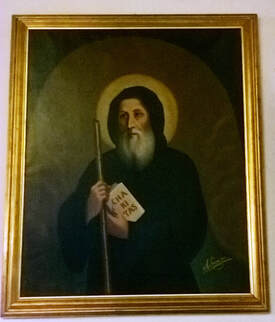 Dozens of books in several languages have been written about Saint Francis of Paola. The only one in English is “St. Francis of Paola: God’s Miracle Worker Supreme”(1976) by Gino J. Simi and Mario M. Segretti, who stated in their book they would like to write the definitive biography, yet they wrote a fact-filled, fascinating, invaluable account of the saint’s outstanding life.


"So celebrated and revered  and well-loved was Saint Francis even centuries after his death, that he was remembered by two masters, composer Franz Liszt and artist Peter Paul Reubens, who seemed inspired, perhaps compelled, to create pieces that honor the Holy Man. Such works of genius is the art of the masters, one might wonder if the creators were hoping people of the future might take notice of the feeling and beauty of the music and the painting and dwell on the life of the great saint.


If you’re interested in St. Francis of Paola, we would be happy to hear from you.

​K. Iacobbo freelance reporter, creativity coach & instructor, award-winning writer-filmmaker specializes in media and teaching about Italians, history, animals, film, 20thC art, biography, vegetarianism, and other topics. If you would like to learn more, and or about Saint Francis of Paola: 401-339-0131 (leave your number), This email address is being protected from spambots. You need JavaScript enabled to view it. ; providencelyceum.com/saintfrancisofpaola
Share
Tweet
Whatsapp