Why use mushrooms in vegan dishes?

Published on
15 January 2023
VFA Blog
Mushrooms are a type of fungi that are often used as a food source. They are a versatile ingredient that can be used in many different dishes, including vegan ones.

There are many advantages to using mushrooms in vegan dishes. One is that they provide a hearty and filling texture. This can be especially helpful in dishes that are typically meat-heavy, such as stews or chili, in this case substituting the meat in the original recipe.

Mushrooms are a good source of umami flavor. Umami is one of the five basic tastes (along with sweet, sour, bitter, and salty). It is often described as a "savory" or "meaty" flavor. They are high in a compound called glutamic acid, which is responsible for their umami flavor. Glutamic acid is also found in other vegan ingredients that are high in umami flavor, such as cultured cashew cheese, nutritional yeast and soy sauce.

When cooked, mushrooms release their umami flavor. This makes them a good addition to dishes that could use a boost of savory flavor, such as pasta dishes or soups.

Mushrooms can be used fresh, dried, or in a powder form. When using mushrooms to add umami flavor to a dish, it is best to use dried mushrooms or mushroom powder. This is because the drying process concentrates the umami flavor.


The 5 types of mushrooms most used in culinary are: 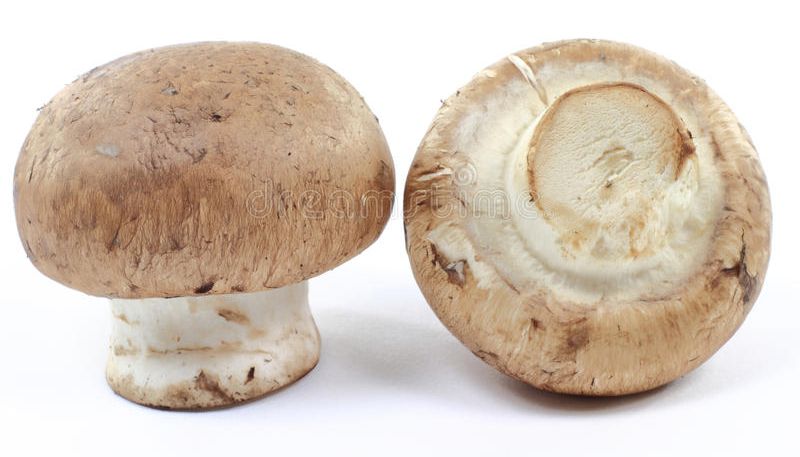 1. Cremini mushrooms are a type of brown mushroom that has a firm texture and a slightly nutty flavor. They can be used in a variety of dishes, including stir-fries, soups, and stews. 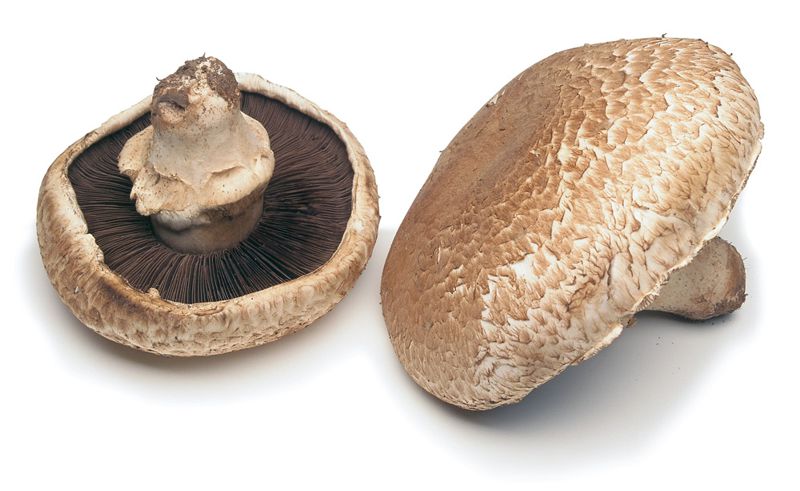 2. Portobello mushrooms are a type of dark brown mushroom with a large, flat cap. They have a rich, earthy flavor and can be used as a meat substitute in sandwiches and burgers. 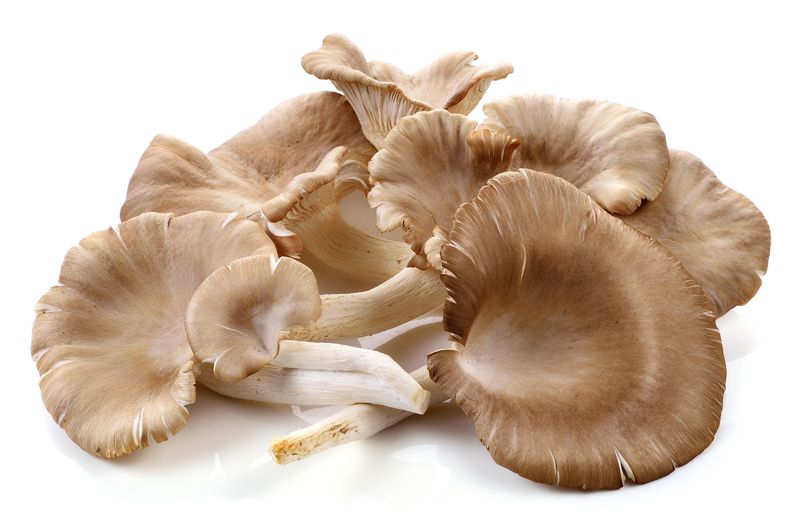 3. Oyster mushrooms are a type of white mushroom with a delicate, slightly sweet flavor. They can be used in soups, stews, and stir-fries. 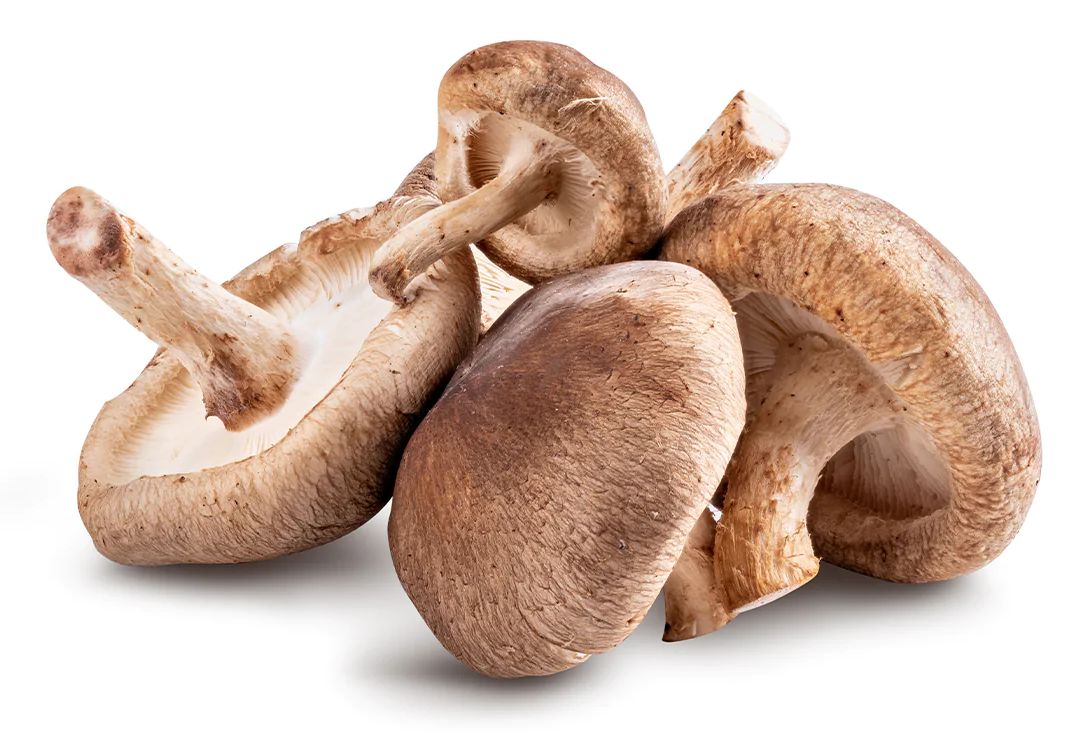 4. Shiitake mushrooms are a type of dark brown mushroom with a firm texture and a slightly smoky flavor. They can be used in a variety of dishes, including soups, stews, and stir-fries. 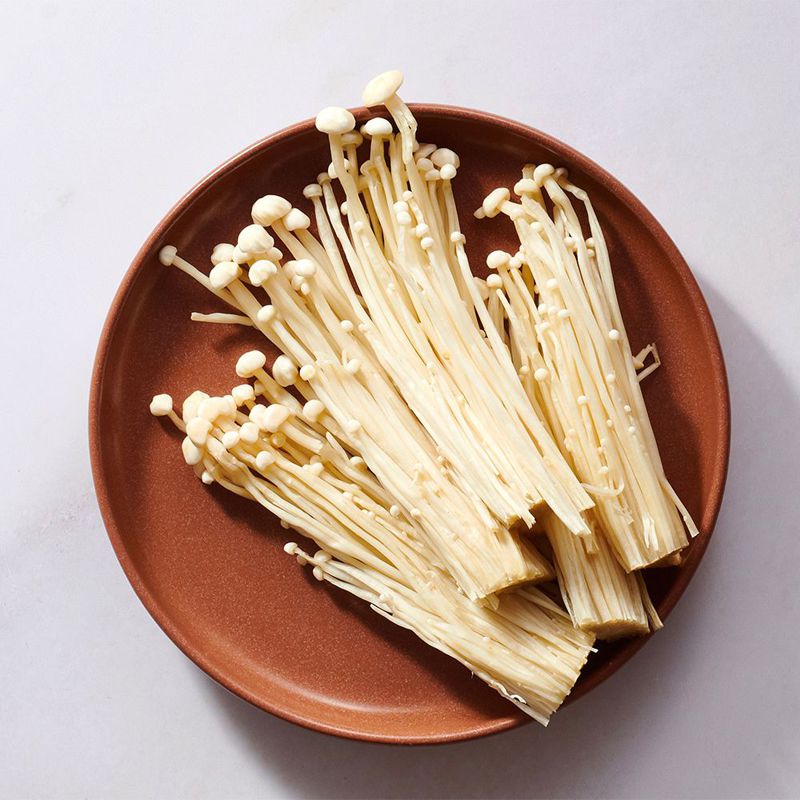 5. Enoki mushrooms are a type of white mushroom with a delicate, slightly sweet flavor. They can be used in soups, salads, and stir-fries.


How to prepare the mushrooms

Sautéing, grilling, and roasting are all great ways to cook mushrooms.


Sautéing: To sauté mushrooms, heat a pan over medium-high heat and add a small amount of oil. Once the pan is hot, add the mushrooms and cook until they are browned and tender.

Grilling: To grill mushrooms, heat a grill or grill pan over medium-high heat and brush the mushrooms with a little bit of oil. Grill the mushrooms for a few minutes per side, until they are slightly charred.

Roasting: To roast mushrooms, Preheat the oven to 400 degrees Fahrenheit. Toss the mushrooms with a little bit of oil and spread them out on a baking sheet. Roast the mushrooms for 10-15 minutes, until they are soft. 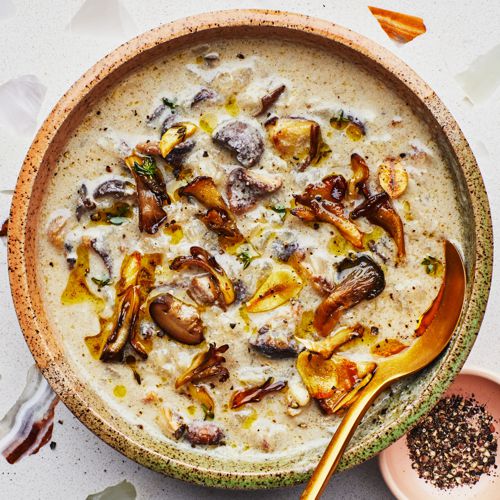 To make a vegan mushroom soup, start by sautéing mushrooms and onions in a pan with a little bit of oil. Once the vegetables are softened, add garlic and cook for a minute more. Next, add vegetable broth and bring the soup to a simmer. Let the soup cook for a few minutes, then puree it with an immersion blender or in a regular blender. Season the soup with salt and pepper to taste and serve.
Tweet