Another IVU World Vegfest is just over and again the sensation is that always it is worthwhile. This is the 46thIVU World Vegfest (previously Vegetarian Congress) to be held during the 110 years of IVU. The first one was in Dresden, in 1908. In the beginning all were in Europe, then we went to US and India and then around the world, in Asia, Middle East, South America and Australia. Now for the first time IVU came to Africa. So this is a historic Vegfest!

The event was mainly organized locally by people from the Indian community – and it is easy to know why, since India has a strong tradition in vegetarianism and many adepts of this diet still today. We can see that in the Indian community more and more people are becoming strict vegetarian (vegan) and the event was – as all IVU events are, since 1996 on – a totally vegan one (the food served, the stalls and the message). 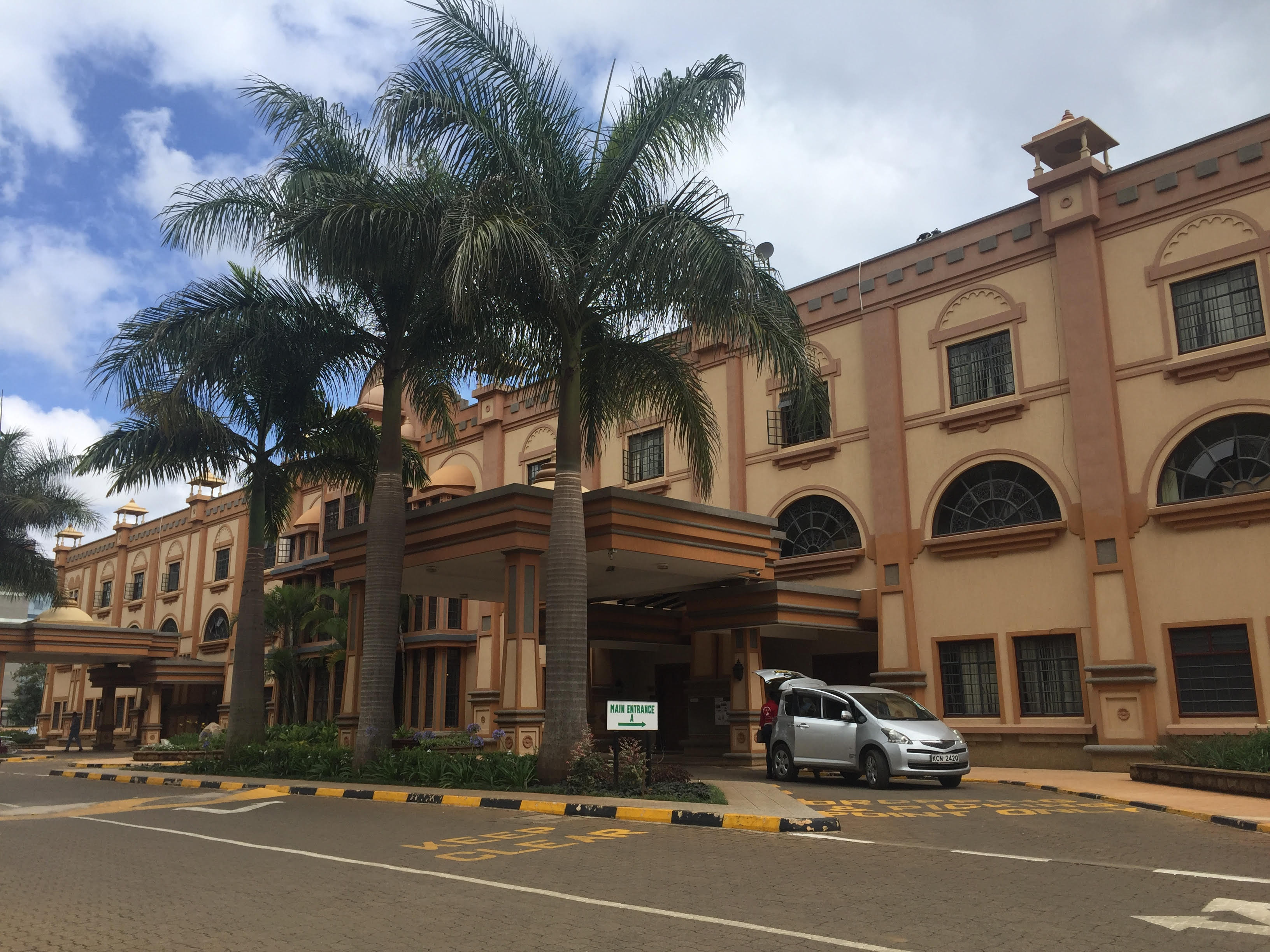 Priti Shah with a delegate.

One of the objects of IVU is to provide a space for Veg Orgs from around the world to gather and share experiences and strategies which are more successful in order to help advance vegetarian movement as a whole. These meetings serve also for activists to know each other and the work of the orgs that are attending - so they can better interact and share experiences - during the event and later on. This is something that really happen always, and this time was not different, and I could witness it during this event also.

The Opening Ceremony was very nice and well attending, with the presence of High Commissioner of India.

Aurelia, a vegan student - distributing leaflets of Vegan Outreach in her University.

Some interesting speeches, among them the one from Manish R. Shah, who gave an inspiring testimony of the benefits that Vegan Diet had done for his health, having cured his diabetics. This happened after he attended a program for reversing diabetics by Dr. Nandita Shah in India.

The main organizer Vaishali Shah, unfortunately could not be present due to health reasons. She said: “It is a historic event as nobody has thought of bringing veganism to Kenya before our team so aggressively and so effectively.” Yes, this was the first totally vegan event in Kenya, which makes of this IVU event again an historic one. I hope it can be the seed for many others. As a matter of fact, this was only a little push since we could observe that there are already many vegans in Kenya and it is a matter only of keeping the flame burning and improve their own organizations. I have no doubt that this is happening, and the vegan movement will prosper in Kenya.

Yedjenou Georges – a vegan delegate from Togo and Marly Winckler.

As it happens in IVU events, apart from the Veg Leaders meeting we had many enlightenment speeches, a lively Vegan Fair, Food Demos, Vegan Food for lunch and dinner and Artistic presentations.

Virginia Nyaga in a food demo of raw food.

At lunch and dinner, we were served with a delicious vegan buffet which for some was the first opportunity to get to know vegan food and maybe break some of the myths that are connected with it.

The Vegan Fair was diverse and lively with an array of vegan food, stalls distributing leaflets, and so on.

Stalls on the Vegan Fair.

So thank you Kenya Vegetarian Club and the wonderful team for putting together such a nice vegan event. A special thanks to dear Priti Sha who was really my host and tirelessly run from here to there helping and doing her utmost to get things running and happen well. Thank you, Emmanuel Eyoh, IVU Representative for Africa (from Nigeria), who in spite of health problems attended the event. A big thank also to Khilan Shah who was all the time around and helped very much in presenting the speakers and so on.


After the event five of us: Jessika and Victor (from USA), Bena and Johnathan (from UK) and me (from Brazil) went to a safari – thanks again to Priti who arranged the safari with the best Guide, Daniel.

This was the most exciting part of the entire visit to Kenya for me. To see such wonderful animals in their own habitat was something never to forget. There are in the Park more than 400 species recorded and it is located about 7 km from the city only.

Giraffes are so pretty.

Apart from buffalos, zebras, gazelles, gnus, giraffes, ostriches, bush chickens, baboons, we saw impalas and even rhinos. But the climax was the group of lionesses, some eight or nine of them and the King Lion. He walked a considerable distance leaving all the other animals in peace: he has just had his meal and was searching for water. It was an unforgettable sensation to witness him passing majestic by all the animals without even looking at them, gazing quickly the group of lionesses and coming straight to our direction. I could even feel his odor. All the animals were completely alert, and staring fixed at him. Our group was very excited! This was a special gift for a group of vegans.

After the Nairobi National Park we headed to the David Sheldrick Orphanage Project – a elephant and rhino rescue and rehabilitation program. We saw many baby elephants that were saved after their mother were killed by poachers for their ivory, and/or died by causes conected with the loss of habitat due to human population pressures and conflict, deforestation and drought. They are all reintegrated back into the wild after some years.

Young elephants rolling in the earth.

They are still babies.

Vegans love to eat well – and when we find really nice places with good food it is a feast. We were blessed to find a special place with lots of vegan options just near to the Karen Blixen House.

Boho Eatery – a treat for vegans.

The house of author Karen Blixen who wrote among others Out of Africa and The Feast of Babette.


I had really nice food in Nairobi – a wonderful surprise was the masala dosa in an Indian restaurant at Sarit Centre – one of the best I ever had.