Meatless Monday in the City 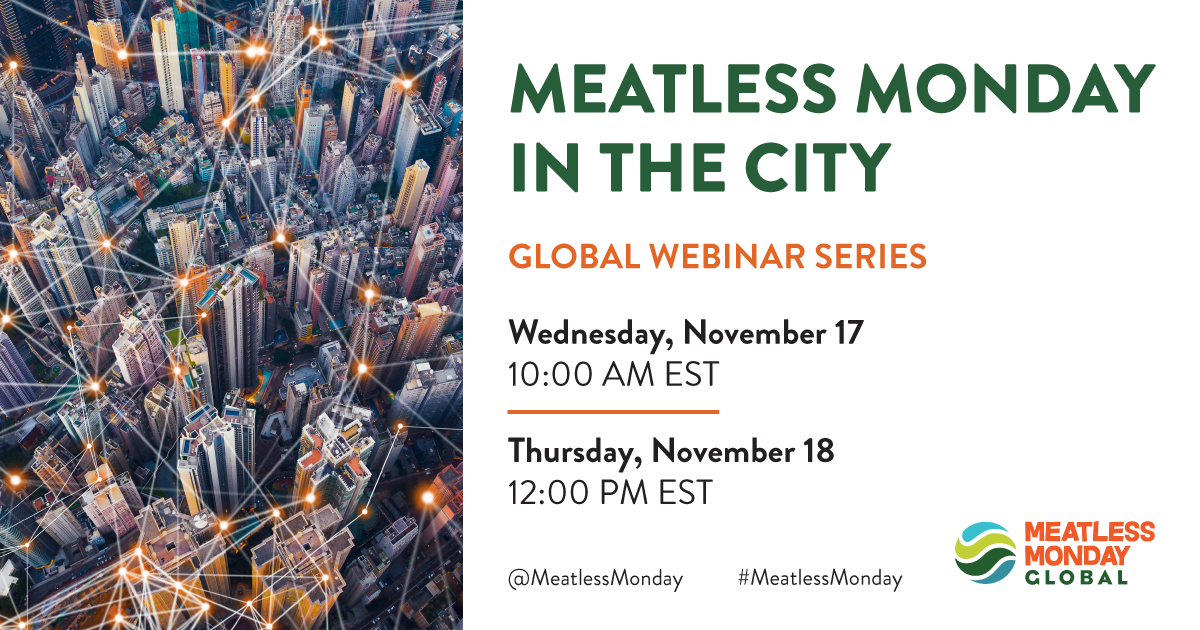 Meatless Monday in the City

• What was the impetus for starting a Meatless Monday or meat reduction campaign in your community?

We at Brazilian Vegetarian Society (SVB) were already on good terms with the Environment Secretary of Sao Paulo, Dr Eduardo Jorge, whom I invited for the inauguration of our Vegfest in 2006. Then in 2007 he gave his support for our Meatless Day project. So, in 2009, when I learned from Tobias Leenart that his city of Ghent got the support of the government for a Meatless Monday campaign, I immediately asked the official support of the Government of Sao Paulo, through the Environment Secretary for our Meatless Monday (Segunda Sem Carne - SSC) campaign. In about 3 to 4 months, we launched the campaign in the main park of the city.

• What is/was unique to your city/country?

It was the second city in the world – after Ghent – to get support from government for a meat reduction program. And it was also in the main city of South America, with 12 million inhabitants. Till now (2021) more than 420 million vegan meals were served.

• What specifically did you do that was successful?

Two years after we manage to launch SSC in the schools of Sao Paulo City, again the support of Dr Eduardo Jorge was crucial. He introduced me to the Municipal Secretary of Education, Alexandre Schneider. At this time, we were already working in a project to implement vegetarian meals in schools, so we had organized a public hearing with the nutritionists of the Education Secretary (responsible for the school meals). Since we had a very well-prepared coordinator of Nutrition Department of SVB, Dr Eric Slywitch, he defended a vegan diet for all stages of life, children, adults, aged people etc. So, when I managed to present the project of SSC to Alexandre Schneider, the he right away gave his support and the nutritionists supported too. I believe that this strategy was fundamental for the program to be implemented.

• What were some challenges that you faced? What might be surprising about opportunities or obstacles in your city/country that other cities/countries might not experience?

When we launched the SSC campaign in the main park of Sao Paulo, with huge media covering, a representative of the meat industry complained to the Mayor saying that his meat (chicken) was very healthy and generated many jobs. Dr Eduardo Jorge asked me to answer it. Then, with Dr Eric we answered that we were helping government to do his homework since the Food Guide of Health Ministry of the Federal Government (Guia Alimentar para a População Brasileira do Ministério da Saúde) was saying that the Brazilians were eating too much salt, too much sugar and too much saturated fat and need to eat more fruits, vegetables, and cereals. That’s it: SSC was helping the government to do his job.

• Share results specifically tied to policy changes, awareness building, procurement changes, etc. Anything that can be credited to your work, show metrics and data.

1) 2009: The campaign SSC launched with government support in the main city of South America.
2) 2011: The implementation of vegan meals in the schools of Sao Paulo which serves 2 million meals a day.
3) 2012: The adoption of SSC as an item of the state government of Sao Paulo in their program Verde-Azul (Green-Blue) of mitigation of environment impacts.
4) 2014: Implementation of SSC in the State government program Bom Prato (Good Plate).

Media covering: at the launching of SSC campaign a two pages article about the launching of it in one of the country's leading newspapers Estado de São Paulo, who asked for exclusivity. Many other articles and interviews followed.

• What advice would you give to someone wanting to start a Meatless Monday or meat reduction campaign in their city?

In our case it didn’t function to go in the way of having compulsory laws not to eat meat on Mondays or any other day. It is always better to work with the Executive sector and convince the nutritionists and other actors (now it is much easier but still not very much sometimes) with data and conversations.

• What was the turning point in making MM more prominent in your city/community?

It was in 2011, when we got into the schools meals in Sao Paulo. It is the biggest restaurant of the world probably, serving 2 million meals a day. Only in 2019 it was served 81 million vegan meals. In 2018 it was 67 million vegan meals. Now not only the government is adopting SSC but some big companies also. (Natura, IBM, Unilever etc.)

• Who were some of the key partners/people/leaders that drove your success?