The last leg - Malaysia to India and home

Monday October 25 - up very early to take the eight-and-a-half hours Air Asia flight from Gold Coast, Australia, to Kuala Lumpur, Malaysia, where I was staying with Mohana Gill and her family.  The flight time made me realise just how far away Australia is from anywhere else.

The Malaysian Vegetarian Society had arranged for me to give a talk at the local Loving Hut restaurant, all videoed by SMTV. We got a good audience who responded well. Just before the talk I managed some brief time for the obligatory sightseeing at the Twin Towers - now the third highest building in the world after Dubai and Shanghai: 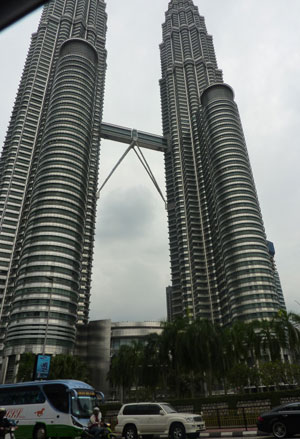 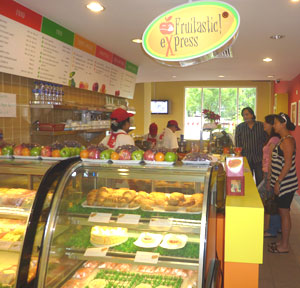 Mohana is the author of 'Fruitastic' and 'Vegemania' cookbooks, and has now added two books for children on a similar theme - and a 'Fruitastic Express' (photo right), a shop/juice bar inside a local hospital and used mainly by patients, visitors and staff. Most things in the shop and the small cafe at the far end, are based on fresh fruit and vegetables, and with the emphasis on health and nutrition.

What a contrast to hospitals in west, sponsored by McDonalds, KFC and the like, where patients are likely to come out more ill than they went in after eating all that junk food.  Mohana has set a great example that should be followed by hospitals everywhere.

Thursday, October 28 - back on Air Asia again, to Bangalore, India. Next day to a press conference some distance away across the city, we were a little early so we convened an outdoor international meeting. Standing in photo is Shankar Narayan, our tireless congress organiser and IVU Regional Coordinator:

Then we went into the Press Club of Bangalore for the conference. On the multi-national panel were Colin (New Zealand),  Marly (Brazil), Shankar (India), Sandhya (Dubai,UAE), Mohana (Malaysia) and me (UK).

The Congress itself was for two days, Saturday and Sunday October 30/31. We had a great range of speakers from many countries, on a wide variety of topics, all of it at the superb E-Inn - a completely vegetarian and very high quality hotel. They laid on a special vegan buffet for the two days, though most of the food in the main dining room is vegan anyway.

I did my talk to start things off, followed by Sandhya Prakash (below left) from Dubai UAE, a member of the IVU Council looking after the SW Asia (Middle East) part of the Congress. She gave an enlightening talk about the activities in the region. On the right are the musicians who gave a truly inspiring performance at the end of the afternoon, they had me totally engrossed for one and half hours.

Monday, November 1 - World Vegan Day - a dozen of us from the congress took a tour in a small bus. In the morning we went to the Botanic Gardens where we found a new recruit for the group, along with more wildlife: 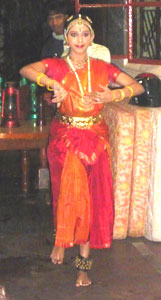 Then to the Green Path eco-hotel for lunch, as most of us were staying there that night. In the afternoon to an organic farm, out in the countryside an hour to the west of Bangalore. The plan was to have a vegan day party, with music dancing and dinner in a small outdoor amphitheatre, but it rained... so we got wet looking around the farm and  squeezed into a covered balcony for the music and dancing, along with a group of French tourists who were staying in the accommodation on site.

Tuesday November 2 - the end of the five week trek through Jakarta and Bali, Indonesia; Central Coast,  Sydney, Canberra and  Gold Coast; Australia; Kuala Lumpur, Malaysia; and finally Bangalore, India. Now it's the long haul back home for a few weeks to my ever-patient wife Hazel - it feels like going home for a holiday before setting off on the IVU trail again to Nairobi and Dubai in December.