Why some restaurants don't do vegan food - and why they should

A couple of weeks ago I mentioned encouraging more restaurants to offer vegan meals, and was asked for some ideas about doing that. So here are just a few thoughts.

The Catch22 - most vegans will just look at the menu in the window, or the website, and if they see nothing vegan they go somewhere else instead. Hence the restaurateurs see no demand.

Most people do not dine out alone, and most vegans have mostly non-vegan friends and family. When they’re deciding where to eat the one vegan will have a veto – and they won’t hesitate to use it. The restaurant doesn’t just lose the one awkward customer, they lose all their friends and family as well.

Add to that, most people like going back to the same restaurants, and repeat trade is crucial to the success of any business.  Those friends and family are likely to keep going back to the one with vegan options that was chosen – even when the vegan isn’t with them.

Most plant-food meals in restaurants are not eaten by committed vegans, they are bought by people who like the idea of vegan food but do not commit themselves to it in any consistent way. 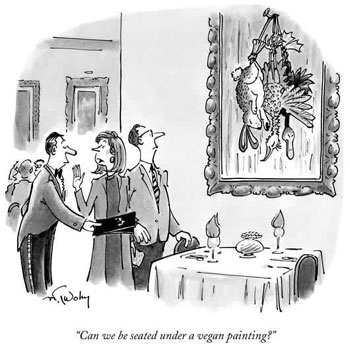 There have been many business surveys demonstrating this for vegetarian food in general over the last 20 years, and in recent years it is possible to see the same trend for vegan food.

One of the biggest groups choosing vegan options are ovo-lacto-vegetarians - they are generally well aware of all the health and ethical issues around eggs and dairy products, and most are inclined to limit their consumption, but without much consistency. Given a choice between a restaurant whose vegetarian dishes are all smothered in cheese sauce, and one offering some vegan options, they will often prefer the latter.

In most parts of the world there are still more ovo-lacto-vegetarians than vegans, but the impact of the internet in general, and social network sites in particular, has made a huge difference to attitudes in recent years. In 2009, for the first time according to Google Books, there were more books published with the word ‘vegan’ in the title than ‘vegetarian’. In 2011, for the first time, there were more Google searches for ‘vegan’ than for ‘vegetarian’.

But still only a relatively small proportion of the people generating all this interest are actually 100% consistent vegans, the rest are part-timers, but they still like eating out, and are likely to be attracted by vegan options on the menu.

4 – Vegans are unpleasant, holier-than-thou, unwashed drop-outs with no money, why would we want them in our restaurant? 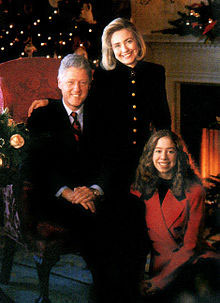 The media does like that stereotype, and a lot of people fall for it. Vegans are just people, all different, like everyone else. And we come back to the point above – most vegan food is not bought by 100% vegans, there is an endless variety of potential customers.

That’s a mostly vegan family on the right that doesn’t fit all of that stereotype (taken a few years ago, before the daughter's vegan wedding). Well you might not want them either, but two of them do spend a lot of money on vegan food these days…

5 – We did a vegan option, but they don’t come back again

If there is only one vegan item on the menu, then the only option is take it or leave it. Why would anyone go back to a restaurant with only one dish on the menu? Bigger restaurants should be able to offer two or more options, for a genuine choice. Smaller places could at least rotate a few vegan dishes, to give a different single dish each week over a few weeks, there would then be something different to come back for.

6 – There are no easy vegan recipes suitable for commercial restaurants 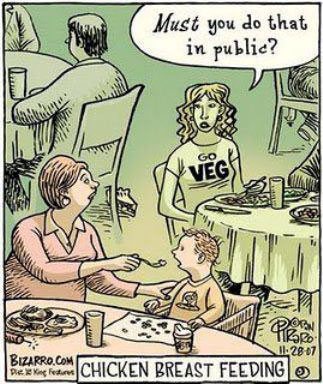 Vegan cookbooks do tend to be written mostly for domestic use. We need cookbooks that are specifically for non-vegans chefs about how to make it easier to provide vegan options in a non-vegan restaurant (I’m sure I’ll be told they already exist, in which case they need to be better publicised).

All the above points have been well known to many vegetarian groups for the last 20 years or more. In the UK for example, almost any café, pub or restaurant now has a choice of vegetarian meals, but outside of the bigger cities there is still very little without eggs and dairy products. Times are changing, the increasing consumption of meals entirely derived from plants is significant, and the approach we make to businesses needs to change too.

This is not just about the relatively small number of committed vegans, the provision of vegan food in restaurants goes way beyond just them.

If all this makes sense, then do feel free to print it and take copies to your local restaurants! 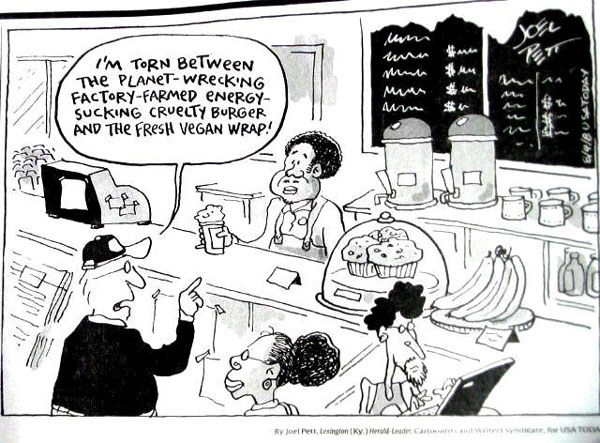