Food as Art in China

The photos below are from my visit to Xiamen, China in November 2009. This was for a Vegetarian Food Fair which ran for several days, and included an International Vegetarian Forum on one afternoon. For anyone interested in such matters I'll just repeat that my various travels are NOT funded by IVU (except for IVU World Veg Congresses) - for this one I paid my own air fare to Singapore, initially to attend the Asian Veg Congress, and our wonderful Chinese hosts met all the costs for three of us from there to and in Xiamen.

The Chinese have a way with food-art which others might like to see, starting with some that were exhibits in the food fair, entirely made from plant food of course. Some of the designs are traditional, but others are more recent - see the second one which is based on the 2008 Beijing Olympics, with the Great Wall and the Olympic flame and rings, all in a plate of vegetables:

The day after the forum we were taken to a nearby temple for a 12 course (!) lunch, and each course was a work of art in itself. On the right is a side dish of mushrooms which reminded me of the Terracotta Army, several dishes like this were placed on the revolving glass table for all to share.

The bigger dishes below were revolved for all to see - and photograph - then taken off to be cut up and re-served as individual portions: 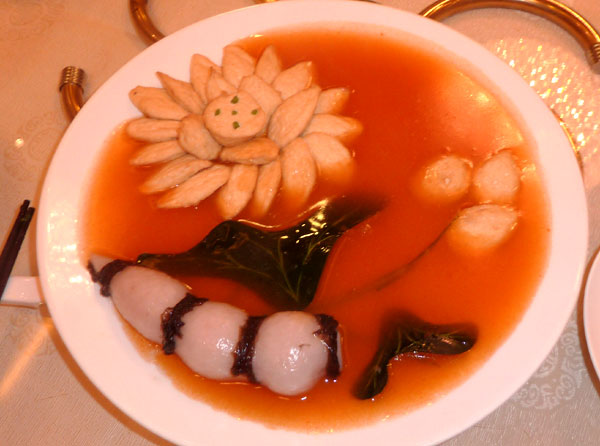 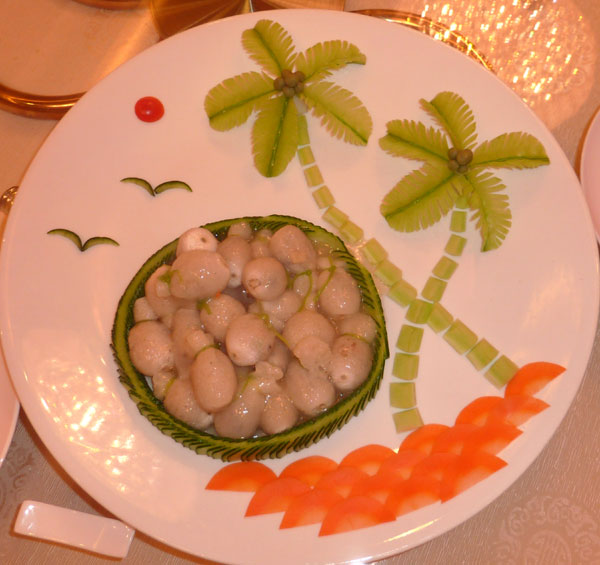 On the left below is a Buddhist soup, based on the poem being held up by Susianto Tseng, IVU Regional Coordinator for Asia-Pacific: 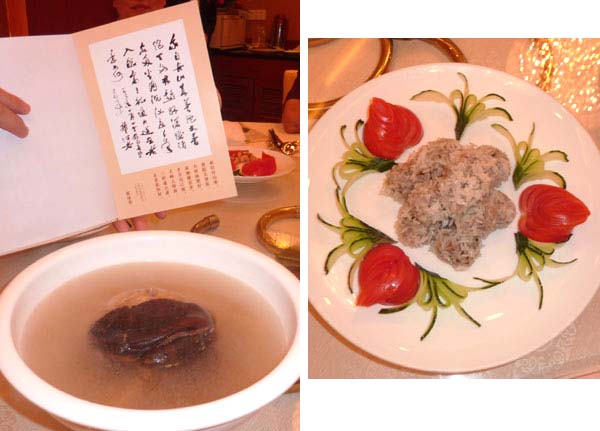 The dish below was (to me) the most astonishing, a mountain covered in snow, with trees on it, and 'fish' swimming in the sea below. Then we ate it... 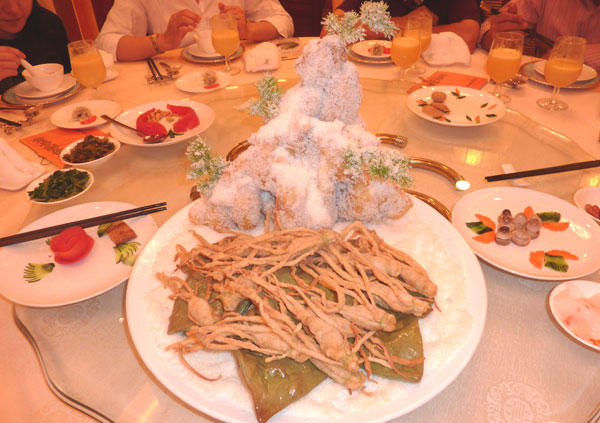 Even the simpler dishes were created highly artistically:

I was back in China for the 5th Asian Veg Congress in Hangzhou, November 2011 - for that and other recent veg events in China see - www.vegsource.com/john-davis/vegism-in-china-2.html

for details of the next Xiamen VegFood Fair, see: www.vffair.com/indexen.asp