A New Dawn for European Veg*ism?

The European Vegetarian Union held its AGM last Sunday, and elected a new board which could bring in major changes on a scale never previously seen in the veg world.

The key is the election of four professional CEOs/Directors of the four biggest Euro vegetarian societies – if they are able to persuade their own boards to contribute some of their staff time, and other resources, to a joint European project then we have the beginnings of a radically different EVU. The new President, Francesco Maurelli, Italian living in the UK, is fully behind the ‘big four’ to revolutionize how everything operates. He is from the Esperantist Vegetarians (TEVA), which helped to found IVU back in 1908.

The big four societies go back a long way – three of them from Britain, Germany and the Netherlands - were the founders of IVU back in 1908. The fourth, in Belgium, is the successor to an earlier Belgian Society that joined the other three in promoting all the early IVU World Veg Congresses, before the First World War interrupted things for a while: 1908 Dresden, 1909 Manchester, 1910 Brussels, 1913 The Hague.

For its first 50 years IVU remained almost entirely European, then it gradually spread out to other parts of the world. This resulted in Regional Secretaries for the rest of the world, assisting the General Secretary who was always in Europe.

It was not until the mid-1970s that a distinct European Regional Secretary was appointed and this immediately led to discussions about forming a Regional Committee for Europe, but the first attempts were repeatedly delayed by airline strikes.

In 1979 Christopher Fettes, from Ireland, another leader of the Esperantist Vegetarians, was appointed as the European Regional Secretary. In 1980 he finally put together the first meeting of the leaders of the European Vegetarian Societies, held in Luxembourg – though inevitably all from just western Europe at that time.

In 1982 a new IVU constitution promoted the idea of Regional Committees organising Regional Congresses in the years between the World Congresses. Europe was the first to take up the idea, but their first attempted Euro Congress, in Italy 1983, didn’t work out.

They did succeed in 1985 with the first European Vegetarian Congress held in Cervia, Italy. The records show it as coordinated by the ‘European Regional Council of the IVU’ – with Jaqueline Andre of Belgium now as the Regional Secretary.

The first informal mention of the name ‘European Vegetarian Union’ came in 1986 but it was still not used for the 2nd Euro Veg Congress in Ostend, Belgium in 1987. During that event, Rob Snijders of the Nederlandse Vegetariërsbond became the Regional Secretary. Then, on April 5, 1988, EVU was legally registered in the Netherlands.

Two more Congresses followed - 1989 3rd Congress in Strasbourg, France and 1991 4th Congress in Chester, UK. The next would have been in 1993, but that was skipped as the IVU World Veg Congress was in the Netherlands in 1994.

My personal involvement began in the spring of 1995, when I worked with Rob in Amsterdam to create the first EVU website. Naturally I didn’t need to go to Amsterdam, by this time email was already becoming routine for a few of us.

At the 5th Euro Veg Congress in Bratislava, Slovakia, 1995, Sigrid De Leo, from Switzerland, was appointed as EVU General Secretary. She immediately made her mark by producing an excellent quarterly magazine, assisted by Renato Pichler who did the layout. He also sent the whole of each issue to me for converting to the format of the primitive website.

EVU took a major step in 1997, at the 6th Euro Veg Congress in Bussolengo, Italy – by voting to become a fully independent organization, instead of a sub-group of IVU.

The 7th Euro Congress, in Widnau, Switzerland, turned out to be the last EVU Congress - many of us would really like to see them return as they played a valuable role in bringing people together. The photo below is from that 1999 Swiss Congress:

The other significant development of the late 1990s was the EVU ‘V-label’ – as in the graphic on the right. This was registered in 16 European countries, and licensed to food producers to show that their products were approved by EVU as suitable for vegetarians.

The British, of course, did their usual opt-out of European affairs, and continued using their own V symbol, which had already been running very successfully for some years. It is even more successful these days, and it remains to be seen if any degree of future integration is possible.

The Italians organized an independent Euro Veg Congress in 2005, to celebrate 20 years since their first one. 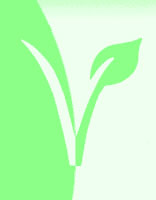 In 2006 EVU started ‘EVU Talks’ with the first being held in Germany in 2006. These were much smaller than the Congresses, just a couple of days, with primarily group leaders attending. Further talks followed annually, with subsequent years in Austria, Switzerland and Croatia.

In 2008, at the IVU Congress in Dresden Germany, we finally resolved the old IVU/EVU problem left by EVU’s independence eleven years earlier. During that time European Veg Societies had to decide whether to join EVU, or IVU, or both – and if both they had to pay twice. The new agreement simply allowed for free membership of IVU to any group which joined EVU – buy one get one free!

The new 2012 EVU board now has the potential to transform it into a professional organization, capable of launching Europe-wide initiatives, backed up by real resources. The ‘big four’ societies could lead the way into a vision that their predecessors could only dream of, way back in 1908.  We look forward to more at: www.euroveg.eu