[updated June 2012] Before the 1980s it was all more serious – vegetarians and vegans had congresses and conferences. Then it all began to change:

1981 – International Vegan Festival – started in Denmark. In the smaller European countries you don’t have to go far to be ‘international’.

The idea seems to have arisen from music and other arts festivals which go back a very long way in Europe. We have a record from 1948 that the German Vegetarian Union held what was formally called a ‘Vegetarian Week’, featuring a high proportion of music, literature and art –

and they informally referred to it as a ‘festival’.

There was a similar tendency in British and American vegetarians, as far back as the 19th century, to refer to an event informally as a ‘festival’, though the official title was always a more formal conference or congress.

1985 – Toronto Vegetarian Food Fair – this seems to have been the first of this kind of event, more recently renamed as a Festival, joining the trend.

In the age of the keyboard, and more recently the mobile phone keypad, it took too long to write all those formal titles. So these vegetarian and vegan festivals became Veg Fest, then VegFest, the just a new single word: Vegfest.

This doesn’t seem to have made it into any of the bigger dictionaries yet, though Wikipedia has

a Vegfest page and some online dictionaries are beginning to absorb that.

We have a definite record of a DC VegFest in 1997, it would interesting to know about any earlier uses of the name.

I found below some vegetarian/vegan festivals around the world, with a lot of variations in the official titles, but many of them known locally as ‘the vegfest’ – how long before that becomes a standard? 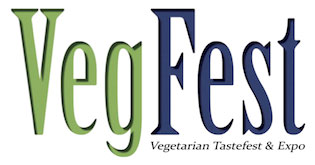 Meanwhile IVU now has a series of World Vegfests rotating around the world, especially in developing countries, partly in the hope that where we help to launch the idea it might continue as an annual event in the same place.

Some current variations of annual Vegfests – the logos on this page are borrowed from many of them. No doubt there are a lot more that I’ve missed: 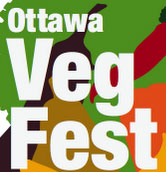 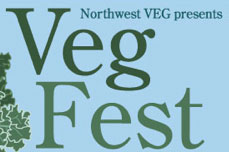 The Chair of the IVU International Council, Marly Winckler, writes: “We have in Brasil since 2008 a kind of Vegfest - we call it Salao Vegetariano, and we have many smaller Vegfests in different cities organized by SVB (Brazil VegSoc) Groups and we are planning now a big annual Vegfest - with this very name. This is the trend.”