Henry David Thoreau and the Roots of Plantism

Oh no, not another –ism…

Well, everyone else is inventing words… by plantism I mean eating only plants – and ideally wearing plants, growing your own plants for food and conserving plant habitats for other species – vegan self-sufficient environmentalism if you like.

And plantists do have roots – in the historical sense that is.

There have probably always been some people doing all this, but the first to give us a really eloquent account of why he was trying to do at least some of it was Henry David Thoreau (1817-1862). He was a close friend of Bronson Alcott and visited the ’vegan’ Fruitlands commune (last week’s blog). Thoreau’s version was to go solo, living alone for a couple of years, 1845/6, in a small wooden hut by a lake in the woods near Concord, Massachusetts. He left us his remarkable account as ‘Walden- or, Life in the Woods ’.

Thoreau lamented the felling of so many trees around his pond for the ever expanding railway lines – “How can you expect the birds to sing when their groves are cut down?” He also mourned the reduction of many species due to the growing number of humans using guns for ‘sport’. In the mid 19th century few other people ever thought about such things.

He told us about his food too: “Like many of my contemporaries, I had rarely for many years used animal food . . .  The repugnance to animal food is not the effect of experience, but is an instinct.”

And he went further about his time at Walden: “I did not use tea, nor coffee, nor butter, nor milk, nor flesh meat”. He grew beans and vegetables near his hut, and gathered wild berries and nuts, but his one weakness was fishing in Walden pond: “I did not pity the fishes nor the worms. This was habit.”

But even here he was re-thinking his habits: “I have found repeatedly, of late years, that I cannot fish without falling a little in self-respect. I have tried it again and again. I have skill at it . . . which revives from time to time, but always when I have done I feel that it would have been better if I had not fished.”

His conclusions were dramatic for a mid 19th century writer: “Whatever my own practice may be, I have no doubt that it is a part of the destiny of the human race, in its gradual improvement, to leave off eating animals.”

Throughout this time Thoreau followed Bronson Alcott’s example of refusing to pay taxes to a government that was condoning human slavery. And like Alcott had been a few years earlier, he was arrested and spent a night in jail before his tax was paid by a well-meaning but misguided friend. Neither man wanted to be released - they wanted to stay in jail to make their point whilst continuing to refuse to pay their taxes. Thoreau later wrote his views on all this in an essay: 'On the Duty of Civil Disobedience'.

We have suggestions that Thoreau was influenced in this by Percy Bysshe Shelley's political poem The Mask of Anarchy (1819). In 1813 Shelley had also spent some time as part of a ‘vegan’ community. Whilst Thoreau never directly mentions Shelley, we do know that he was very well read in English poetry so could have seen this and there do appear to be some similarities.

Not the least of those was a young law student in London – Mohandas K. Gandhi, who also then read Thoreau’s essay on non-violent protest – and told a reporter: "[Thoreau's] ideas influenced me greatly. I adopted some of them and recommended the study of Thoreau to all of my friends who were helping me in the cause of Indian Independence. Why I actually took the name of my movement from Thoreau's essay 'On the Duty of Civil Disobedience,' written about 80 years ago." (photo 1931, Henry Salt with Gandhi).

Henry Salt had begun a promising career as a master at Eton College, the most prestigious school in England, but in 1884 he followed Thoreau’s example and ‘dropped out’. For eight years he and his wife Kate lived in a country cottage where they grew their own plant food and he began writing on a wide range of humanitarian issues, including the first book on Animals’ Rights. Salt’s total of forty books included several on Shelley, also comparing him to Thoreau.

One of his early articles, A Plea for Vegetarianism, had been picked up by the young Gandhi in 1890, convincing him to become a vegetarian for its own sake, instead of just from religious doctrine. It also led him to get to know more about Salt, Thoreau and Shelley, and their ideas about simple living in tune with nature, which in Gandhi’s case included spinning his own cotton for his clothes, and of course spending time in jail for peaceful civil disobedience. 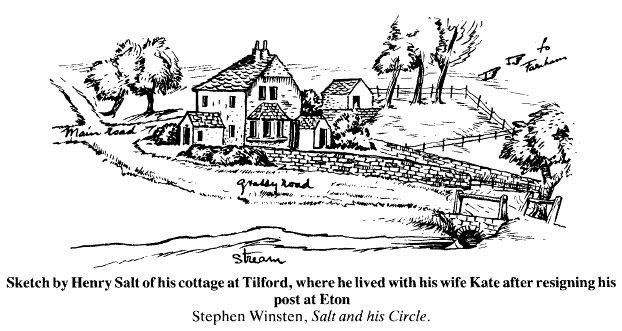 Footnote: there are claims that Thoreau was pro-hunting, but he was working through his ideas on this like everything else - and his ideas were a long way ahead for 1840s North America where shooting anything that moved was considered normal. This is from Walden: "As for fowling, during the last years that I carried a gun my excuse was that I was studying ornithology, and sought only new or rare birds. But I confess I am now inclined to think that there is a finer way of studying ornithology than this." (that sounds like the 'science research' whaling today) Thoreau was no saintly perfectionist, as can be seen from everything above, he re-thought about a lot of things, sometimes going backwards, but always thinking instead of just following the crowd.

Compare with his friend Bronson Alcott, who was a rigid perfectionist and achieved very little - without his daughter's fame, and her diaries, he would have been largely forgotten. Thoreau said he was expecting "gradual improvement", and he has been celebrated in his own right by a wide range of people with very diverse views - though the things he wanted improved got a lot worse over a long time before many others even recognised the problems... He certainly does not belong on those simplistic lists of 'famous vegetarians', but he should be celebrated by vegetarians for the direction he was trying to take, and for his broad vision of seeing the environment in a way that few of the more consistent vegetarians did at that time.

'Ye who suffer woes untold,
Or to feel, or to behold
Your lost country bought and sold
With a price of blood and gold -

'Let a vast assembly be,
And with great solemnity
Declare with measured words that ye
Are, as God has made ye, free -

Another section of the same poem was read by Gandhi to a gathering in India. Full text and details at: www.ivu.org/history/shelley/masque.html