National Veg Week - does your nation have one?

We are now in the middle of National Vegetarian Week in the UK, so this is some background to it and what is happening elsewhere:

The idea for a National Vegetarian Week (NVW) originated in the UK - following a successful national veg day in 1992 it was expanded to a week in 1993. Both of those were at the beginning of October, but subsequent market research showed that the campaign would be more effective in the UK in the late spring - to tie in with fresh local produce in season - so it moved to May in 1995 and has been there ever since. 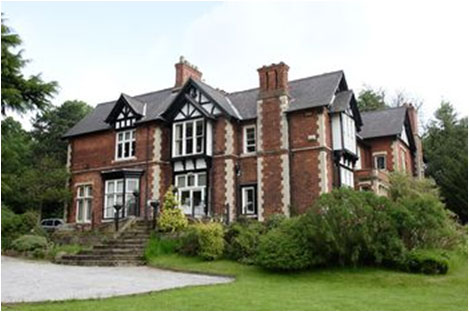 This year the UK NVW is May 21-27, with a warm up event in Manchester last weekend - and with the week culminating in the huge Bristol VegFest next weekend, May 27/28.

The week is coordinated from Parkdale (photo right), the HQ of the Vegetarian Society UK, where they have lots of staff turning it into a major national event. There will be hundreds of businesses and local groups running activities up and down the country, with the big advantage of far more media coverage on a concentrated week.

In 2007 the Australian Vegetarian Society decided to run their own NVW, and also agreed that it would be best in the spring - which if course in the Southern Hemisphere means back to October - see: www.facebook.com/nationalvegetarianweek

More recently another veg week has started for the USA, running in April, see: usvegweek.com

The original UK national veg day was probably arranged to tie in with World Vegetarian Day on October 1. That was invented in the USA in the 1970s - proposed at the IVU World Veg Congress in Maine in 1975, and formally launched by NAVS (North American VegSoc) in 1978. However, it didn't really take off outside the US until the age of internet made it so much easier for the whole world to share these things - see: www.worldvegetarianday.org

As a result of discussions around the IVU World Veg Congress in Germany in 2008, Centro Vegetariano in Portugal launched International Vegetarian Week. This is for the first seven days of October, to turn the world veg day into a week, and they say that 18 countries joined in last year. You can find that one at: www.vegetarianweek.org

The whole of October is sometimes known Vegetarian Awareness Month, and in 1982 the IVU World Veg Congress passed a resolution "that October of each year henceforth shall be known as Reverence for Life Month."

In 1994 The Vegan Society (UK) rounded off the month (and celebrated their 50th anniversary) by launching World Vegan Day on November 1 - www.worldveganday.org - and some groups are now expanding that into a week and The Vegan Society is now promoting November as vegan month, see: www.facebook.com/WorldVeganMonth

So whether you want your national veg week in the Spring, October or November, or all together if you're in the southern hemisphere, they do have an impact, so how about getting your nation to join in?