An Indonesian in England and Wales

This is being uploaded during the 13th International Vegan Festival, near Malaga, Spain, there will be some photos of that next week. Meanwhile the photos below are all from last week.

We were delighted that our good friend Susianto was able to stop over with us in England for a few days before we all went down to Spain together.  Dr. Susianto is the IVU Coordinator for Asia-Pacific, Head of the Indonesian Vegetarian Society, President of the Vegan Society of Indonesia, author of two best-selling books on vegan nutrition, and recently completed his PhD on the nutrition of tempeh.

All the photos below are from Susianto's camera, and taken by him except where he is in them of course. The first is Susianto trying out the IVU Manager’s desk for size – but I won’t be retiring just yet :-) 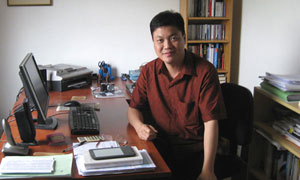 Below is a 14th century schoolhouse in our local town where we had lunch one day, and some local residents - maybe one day farmers will grow plant-foods . . . .

Below: a nearby 13th century castle. a local pub, and Susianto and Hazel (my wife) on a canal aqueduct, high over a valley in Wales. The higher viaduct is the railway: 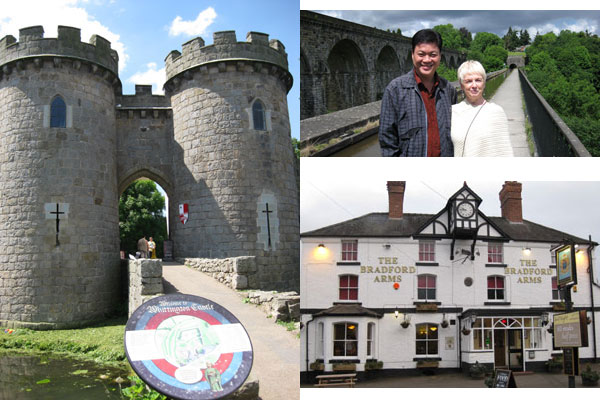 Below: The CAT in Machynlleth, North Wales - they do a lot of research into more environmentally friendly ways of doing almost everything. On the left is a water powered cable-car to ride up to the eight acre site at the top: 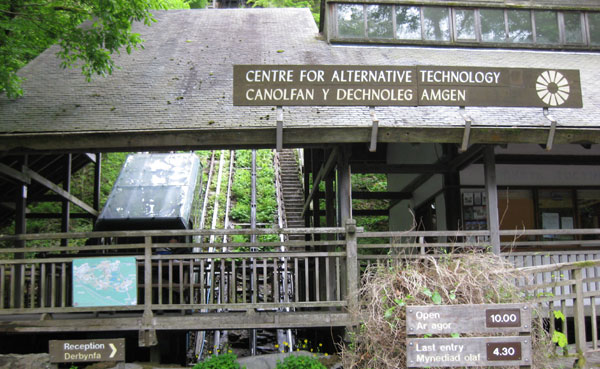 - and below the all-vegetarian restaurant at CAT:

Below:  a visit to Birmingham where we had lunch at the much-acclaimed Warehouse Vegetarian Restaurant - with some great vegan ice-cream: 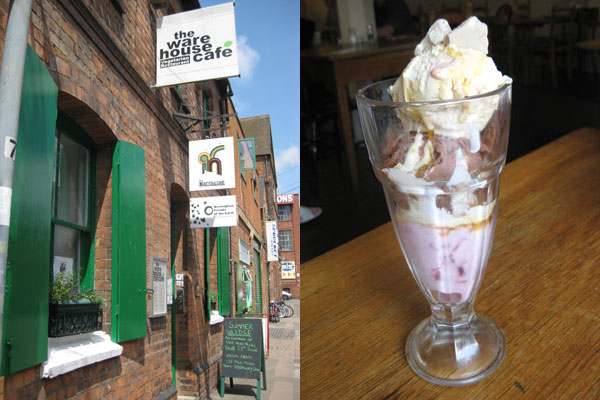 Below: with Nigel Winter, CEO of The Vegan Society, at their office in Birmingham: 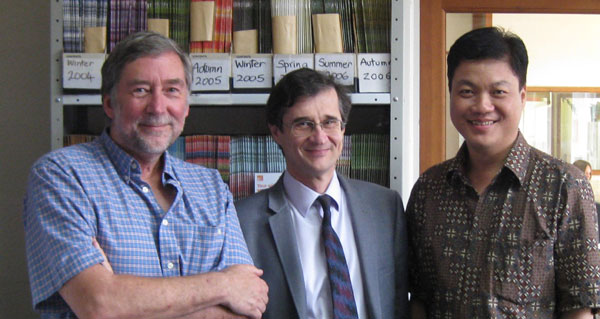 Below: Nigel found some tempeh - Susianto has just complete his PhD in tempeh nutrition - then we had a very quick vsit to the Birmingham City Museum, complete with a Buddha Hall: 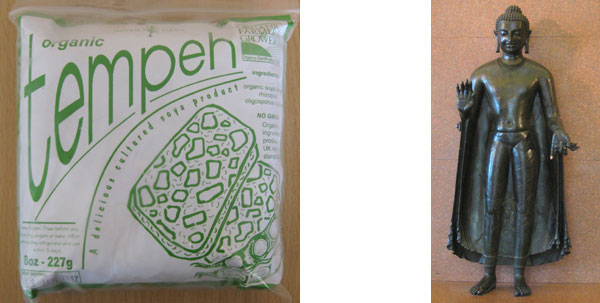 Finally below: at our local Chinese restaurant with the owner, Steve, whose wife's family are from the same part of China as Susianto's wife's family - we had a four course 'banquet', completely vegan with no onion or garlic:

I'll be taking Susianto to the Vegetarian Society UK after we get back. See next week for photos from the 13th International Vegan Festival in Malaga, Spain.