Hazel and I are just back from a few days circular tour of southern England and Wales, initially to catch up with some friends and family, but inevitably I also took the opportunity catch up with the veg scene and some activists along the way.

Friday February 11 – south to Bristol where we checked into our regular place, the veg B&B with ultimate domain name – www.thebase.vg : 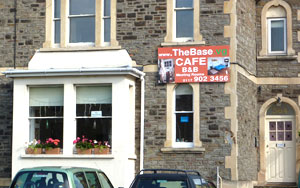 In the afternoon - dropped Hazel and our middle son, who lives nearby, in town while I went over to see Viva! (Vegetarians International Voice for Animals – www.viva.org.uk ) at their Bristol HQ. I’m delighted to announce that Viva! has now joined IVU for the first time since it was founded in 1994. I ran the Viva! Website for a couple of years in the mid 1990s, but they and I had both moved since then and lost contact. I had a tour of the office, met some of the staff and had a very long and enlightening chat with the associate director. We’re looking forward to much future cooperation.

In the evening we had a family visit to the Café Maitreya (www.cafemaitreya.co.uk ), winner of numerous national awards for its exclusively veg cuisine – I put together some photos from our visit below: 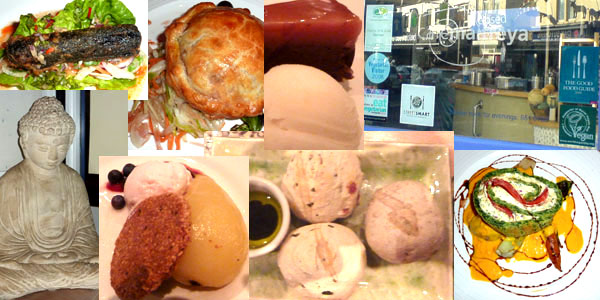 Saturday, February 12 – our anniversary and the excuse for this trip (and a special hello to all our veg friends in LA who shared it with us last year). Bristol is built on hills, so there is some great walking country on the edge of the city. We spent the morning on a rather muddy but very scenic trail: 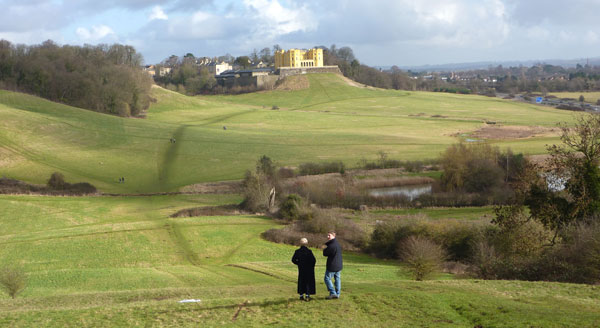 Hazel is a singer and a big opera fan, and some of the world’s best singers come from Wales – so in the evening we went over to see the Welsh National Opera at their home base in Cardiff.

Sunday, February 13 – a slow day driving on down to the south coast where we spent a very pleasant evening at the home of our friend Amber who has been a regular visitor to recent IVU Congresses in diverse parts of the world.

Monday, February 14 – dropped Hazel off to meet up with another old friend nearby, while I drove up to Godalming to visit CIWF (Compassion in World Farming – www.ciwf.org.uk ). I knew many of their staff years ago when we lived near their old office, but they moved too and more contact was lost. It was great to catch up with them again, and have a tour of their new offices, meet some new staff, and a good chat with the director who I know from way back. 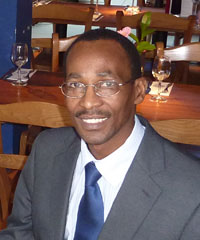 My other reason for going there was to meet Josphat Ngonyo from Nairobi – executive director of Africa Network for Animal Welfare, which actively promotes veg*ism. He is currently spending four months with CIWF and we went off for some veg lunch in town where the photo on the right was taken .

Jos was a key organiser of a recent major Africa Animal Welfare Conference in Nairobi, and later attended the first East African Veg Congress in the same city (I was there a couple of weeks earlier but we missed each other). He is very enthusiastic about our first ever IVU World Veg Congress to be held in Africa, which is planned for Nairobi in 2014, and his skills and experience will be of enormous benefit to us. It was a real pleasure to be able to spend some time with him.

Hazel caught up with me in the afternoon and we drove on up to meet our youngest son on his home patch on the edge of London, and more importantly his girlfriend who I had been unable to meet because all my travelling last year. We certainly look forward to seeing a lot more of her in the future...

Tuesday, February 15 – as we were nearby we took the short drive to Ham Common (between Kingston and Richmond), where the word ‘vegetarian’ first began to be used around 1840. That was at Alcott House School, which has long since been demolished, but it was interesting to see the area. The school was on the north side of the common, near the river, and near the very big Ham House. But no one seems to know the exact location of Alcott House – probably under a nearby housing estate now, so we need to find some old maps. Meanwhile I took a photo of the much grander Ham House: 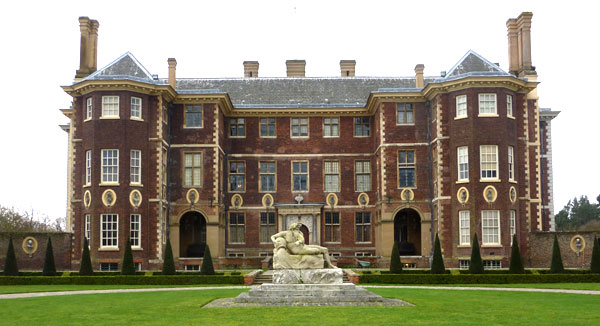 After lunch we made our way home, it was a good trip.