The USA’s annual Animal Rights National Conference kicks off next week, coordinated by FARM (Farm Animal Rights Movement) and supported by a host of other AR groups from across the country. 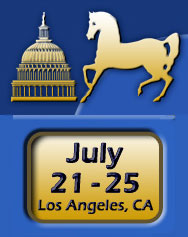 Despite the title there are always people from other countries, this year with speakers from Australia, Brazil, Ethiopia, France and Vietnam – and several US speakers from groups with activities around the world, plus at least three sessions about global interests.

The International Vegetarian Union (IVU) is represented by Deputy Chair Saurabh Dalal, who will be on several panels, as well as leading a workshop. 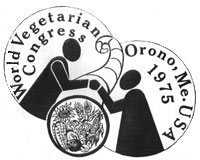 Many of those attending will be unaware of the role that IVU played in making all this happen. Way back in 1975 the 23rd IVU World Veg Congress was held in Maine, USA – the first time the event had reached North America after 67 years in Europe and a couple of visits to India.

One of the visitors to that Congress was a young Dr. Alex Hershaft, like the other 1,500 spending the two weeks in Maine this was his first experience of a major vegetarian event. It was all put together by the newly formed North American Vegetarian Society (NAVS), which continued the following year with their own annual conference, eventually becoming the Summerfest. 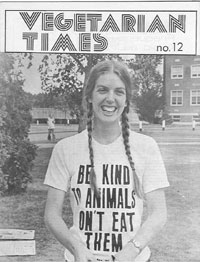 There were several other spin-offs from that IVU Congress, including a boost for the newly launched Vegetarian Times – the cover of the post-Congress edition is on the right.

Another was the the ‘Vegetarian Information Service (VIS) founded in 1976 by Alex Hershaft, which was, like NAVS, a member of IVU. But Alex’s primary passion was for the animals and, in 1981 he organized an ‘Action for Animals’ conference in Allentown, PA, which led to the launch later that year of FARM, also a member of IVU from the outset, as it still is today.  That conference is seen today as the beginning of the organized animal rights movement in the USA.

The FARM-led Animal Rights Conferences continued annually until later that decade, then took a break for some years as another group was doing something similar.

They restarted in 2000 initially every year in DC, then more recently alternating with LA, and are now a major fixture in the national calendar.

Meanwhile, back in 1984, both VIS and NAVS offered to host the IVU World Veg Congress, with the members deciding to accept the offer from NAVS to hold it in Baltimore, MD – and it was during that Congress that Dr. Alex Hershaft first joined the IVU International Council. He remained on the council until 1999, and the following year was elected a Fellow of IVU in recognition if his 15 years of service.

Left: Alex speaking at the IVU World Veg Congress in Johnstown, PA, USA, 1996 (it was combined with the NAVS Summerfest that year).