IVU Vegfest/Congress - coming near you soon . . .

The formal name will take a while to evolve, but the IVU International Council has just made an historic decision about our major event. 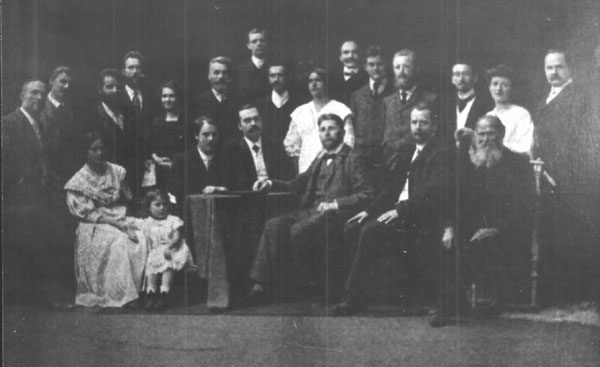 The Congresses began to spread beyond Europe – so the name changed to ‘World Vegetarian Congress’ and increased to every two years for about the next 50 years. The Congress visited more parts of the world, right up to the centenary, back in Dresden in 2008.

. . . and the food at all Congresses has been completely vegan since the mid 1990s so that everyone can eat together in total harmony.

Below: it was a lot bigger back in Dresden 100 years later:

In 2010 we held what was still called the 39th Congress in Jakarta, Indonesia, except it wasn’t a traditional congress as the formal representative/delegate meetings had been moved online over the previous two years.

In reality Jakarta was much more like a Vegfest – with a huge food fair as well as lots of high quality speakers, entertainment, and all kinds of other things going on - with about 5,000 people visiting the food fair, and hundreds attending  the lectures.

Below: some of the crowds in a small corner of the Jakarta 2010 all-vegan Food Fair:

So . . . the IVU Council has now taken the major decision to move ahead into the next 50 years – there will now be an event every year – and the name will change again. It will combine aspects of Congresses, such as just gathering everyone together (there are always informal meetings going on) and lots of great speakers – and aspects of Vegfests, like the food fairs and entertainment. A lot of these things overlap anyway and there is often not much difference between events called conference, congress, expo, festival or just fest. 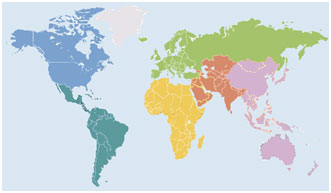 The annual event will rotate around the six IVU regions: - Africa, Asia-Pacific, Europe, India and SW Asia, Latin America and North America. So each region will host this major event every six years instead of the previous twelve years.

. . .  and before anyone says ‘that’s twice as much to organize’, there were actually nine international veg events in 2010 alone, eight of them run by IVU member organizations, so we’re already doing far more than this anyway.

We want to move away from the idea of encouraging people from all around the world to meet in one place – instead the annual event will move around and now you won’t have to wait so long before there’s one near you.

The primary focus will be on bringing together people in neighbouring countries, and reaching out to the local community. But of course everyone will be welcome to all of them, and it is always great to meet people from the other side of the world – everyone will just have to balance their own conscience about the carbon emissions of long haul flights.

But we still have to decide on the formal name – for San Francisco in October 2012 we are combining with the annual SF event which will be in its 13th year, so we’ll use that along with IVU’s traditional title:

If anyone has ideas for a name for something that combines aspects of Congresses (without any formal voting) and Vegfests, and moves around the world every year, rather than persuading the world to travel to it - do let us know what you think the 41st in 2013 should be called.

All ideas will be welcomed!

More about IVU at : www.ivu.org