The congress was originally planned for Sydney, Australia, but due to administrative problems was moved to Johnstown, near Pittsburgh USA, where it joined the annual Summerfest, organised by the North American Vegetarian Society (NAVS). 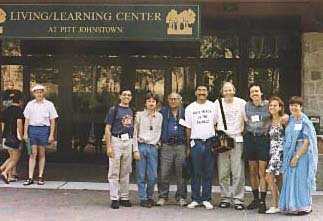 At the Congress Cybercafe: Pictures and messages - some of the people from each group listed: Post Congress Reports: