Reports from the Congress: 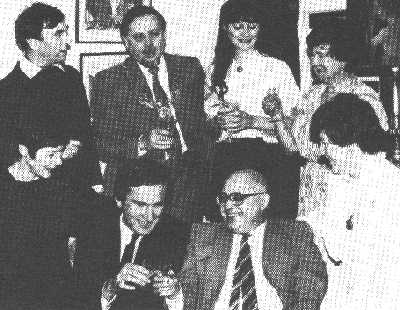 The photograph shows Milan Maglaic touching glasses with Maxwell Lee. Chairman of the Council of the Vegetarian Society (bottom centre) at the party in Mr. Aaron's home. Photo: Courtesy of Chester Observer.

Mr Milan Maglaic, President of the Yugoslavian Vegetarian Society, visited Chester over the Christmas and New Year periods. Mr Maglaic, who hails from Zagreb, is well-known in Yugoslavia for his talks on vegetarianism, which have been heard on TV and radio. He also translates books with a vegetarian theme from English into Serbo-Croat, one of the languages of Yugoslavia.

Although this was Mr Maglaic's first visit to Britain, he said he felt that he already knew Chester, thanks to Dr.Geoffrey Martin, Consultant Physician in Chester (and Liverpool) and keen homeopathic doctor. Dr.Martin visited Lovran early last year and took with him slides of Chester and gave an interesting talk about the city. These were later reported on by the Press and Yugoslavian television.

The Sheriff of Chester, Councillor John Price, welcomed Mr.Maglaic to Chester at a supper party given at the home of local solicitor, Mr.Julian Aaron, in Barrow. Councillor Price's two daughters had recently become vegetarian after seeing 'The Animals Film' on television.

Mr.Maxwell Lee and his wife were also present at the welcome supper party and discussed with Mr Maglaic a possible Congress to be held in Yugoslavia in a few year's time. Mr Maglaic enjoyed a guided tour of Parkdale the following day courtesy of Mr Lee and particularly enjoyed seeing the library and the many vegetarian books from the last century. During his holiday, Mr Maglaic stayed at the home of Heather Alexander, who helps run the small but thriving Chester Vegetarian's group.

Due to delays in information from Yugoslavia full details of the World Vegetarian Congress are not yet available.

If you would like information about the Congress and possible travel facilities by air from Britain to the Congress please send a 9" x 4" self addressed envelope to Mr M.G.Lee, Hon.General Secretary IVU, 10 King's Drive, Marple, Stockport, Cheshire, SK6 6NQ

Topics to be discussed - vegetarianism as a prerequisite of further developments of Mankind, biological medicine and agriculture, world food problems, vegetarian dietetics, vegetarian catering and its importance in tourism plus many special activities and exhibitions. Hotel accommodation, discount for children, child care centre. Stay in a beautiful resort and meet vegetarians from 30 countries.

The March/April issue of The Vegetarian repeated the above notice.

An International Gathering The 28th World Congress of the IVU at Dubrovnik 25 March - 3 April, 1986 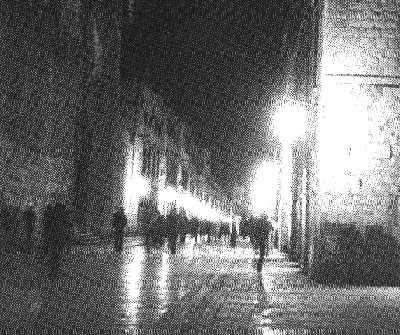 Bikini clad beauties, bathers in Mediterranean blue seas was the scene which the glossy brochures led us to expect on our arrival in Yugoslavia. These expectations were diluted as we flew over the snow-capped hills surrounding Zagreb where we changed planes for Dubrovnik. The United Kingdom party had left Heathrow in the cold March climate, anticipating a warmer temperature on the coast bordering the Adriatic Sea. Not so, it was raining just like it does at home when we climbed into the small coach to take us the few miles to the Croatia Hotel de Luxe.

In the gigantic hotel with its 500 or so bedrooms, we found a warm th and a friendly staff waiting to receive us. A masterpiece of modern hotel architecture, the building has been skillfully designed to fit into the coastline of the peninsula on which it is built. Here was the five star style indeed. An American visitor, asked for his impression said "It's just fantastic, fabulous and absolutely magnificent. I'm sure we've got nothing like this in America".

Our hosts went to great lengths to provide us with good, wholesome vegetarian food. The variety and quality were outstanding. We tried to count the number of different items of vegetables, salads and cooked food on the long self-service table at the end of the restaurant, but gave up at fifty.

After our first day, the weather brightened up to give us a very pleasant temperature and clear skies with magnificent panoramic views of rugged mountains seemingly growing out of the clear sea water.

The Congress followed the usual pattern of lectures, workshops, free-time and tours with reports by delegates from some 24 member countries.

Delegates had come from as far afield as Australia, India, the Americas, Singapore as well as Europe. In all over 200 people attended.

It was unfortunate that the planned programme had to be ammended for reasons know only to the organisers. The difficulty was overcome by publishing each day the lectures and other events on a jumbo placard adjacent to the Conference Hall entrance.

At the business meeting, Dr Gordon Latto was re-elected President, and Shri Surendra Mehta of Madras was elected Deputy President in place of Herr Ulrich Schroter, who did not wish to be nominated for re-election because of his heavy commitments in Germany. The General Secretary, Mr Maxwell Lee, and the Treasurer, Mr William Parrott were re-appointed to their respective offices by the IVU Council.

It was most heartening to hear reports from delegates of other countries on how vegetarianism is growing, but clearly they must have been a little envious of the great strides forward taking place here in the United Kingdom.

There were few young people attending the event, only two from the UK, 14 year old Venetta Gunn-King and Kathy's own 15 year old daughter Emma (who both had a great time), a few toddlers and 6 year olds from Germany, a few late twenties and early thirties, but otherwise, it was mostly a big jump to the Golden Ages! Perhaps the cost put off some people, and one hopes that at future events, more provision can be made for those who want to camp or board locally, but still join the wonderful atmosphere of a World Conference.

It was with great regret that the passing of Mrs Rukmini Devi Arundale occurred earlier in the year. This greatly loved Indian lady had served the Vegetarian Movement for many years. She was an Honorary fellow of both the IVU and the VSUK. Two years ago, she was awarded the Mankar Memorial Trophy in recognition of her 'most outstanding contribution for the furtherance of the organisation'.

A number of coach tour and cruises were available for those who felt in need of relaxation. These included the old city of Dubrovnik, with its fortified appearance. An all-day coach tour to Montenegro, including a drive along the route taken by Bernard Shaw, who is reported to have said 'I have heard the road to Cetinje is one of the most beautiful in the world'. Another coach tour took us to Mostar, with its white stone bridge, which is of 16th century origin and has become the symbol of the town. On Easter morning, many of us visited Cilippi. After the morning service, the local inhabitants performed folk dances dressed in their national costumes, before the audience seated on the stone steps of the church. Other inhabitants plied their beautiful hand-embroidered drapery and lace.

The United Kingdom participants flew back to Heathrow early on the morning of 3 April to a bitterly cold wind, but having enjoyed a variety of experiences and lectures, all pleased with the remarkable friendship which is generated at IVU Congresses, so serving to unite people from far off lands having a common purpose and way of life. - John le Grice and Kathy Silk 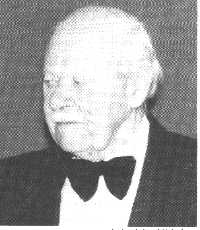 One of the highlights of the IVU Congress in March was the presentation of the Mankar award to Mr John le Grice, Deputy President of the VSUK. The award inscribed 'Let Vegetarianism Light the Way - in recognition of the most outstanding contribution for the furtherance of the objectives of the Organisation'. was first donated at the Vegetarian Congress in Madras in 1977. We were all delighted to see our friend John le Grice honoured by this award. Nobody deserved it more than he for his unceasing, unstinting and most loyal support of the work of the IVU (not forgetting his endlessly generous work for the VSUK).

We also owe an enormous debt of gratitude to all who helped make the 1986 Congress a success, not forgetting the wonderfully kind staff of Hotel Croatia, whose friendliness was heart-warming. May the manifold seeds that were grown at this last Congress take root and grow! That will be well worth all the obstacles along the way. - Gordon Latto.