1957 - the first IVU Congress to be held outside of Europe was in several cities of India, leading to the appointment of Jayantilal N. Mankar (India) as IVU Regional Secretary for 'India and the East'. That same year saw the electtion of two further Honorary Vice-Presidents of IVU:
- U San Hla from Burma, General Secretary of the Burma Humanitarian League who contributed an article on Did Lord Buddha Countenance Meat-Eating?which appeared in the Souvenir Book of the 1957 Congress. 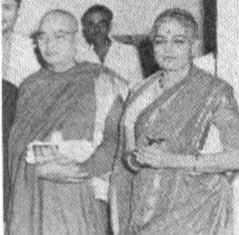 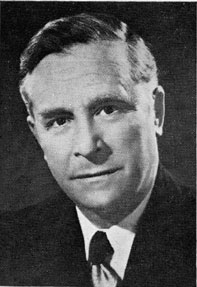 evidence now of a reversion to their former way of life. At a display of national dance and set-dancing, Mrs. Sachiko Tada, wearing the traditional obi sash, performed the delicate ritualistic Cherry blossom dance.The photo right is Dr. Tada at the Congress, using headphones for the translations.
The list of participants at the Congress shows: Mrs Nadine Mellenas the sole Australian; and a group of 20 from Japan. 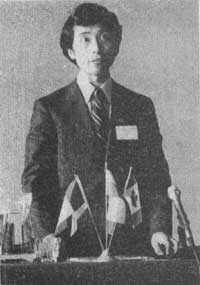 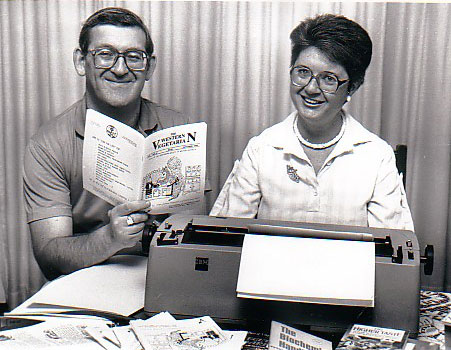 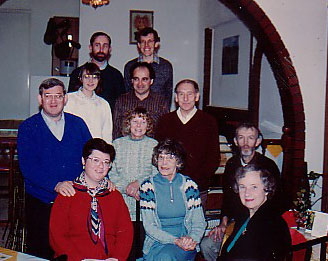 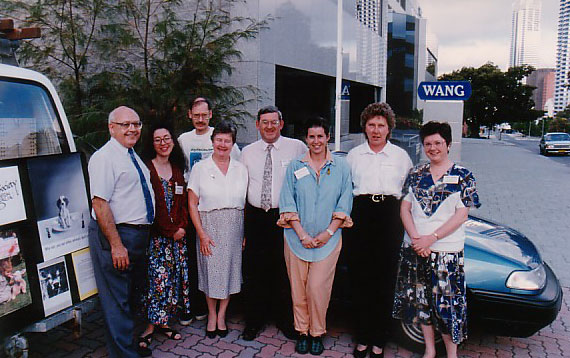 1996 - the32nd IVU World Vegetarian Congress was planned for Sydney, Australia, but was cancelled in 1995 and moved to the USA.
- Comparing Nutrition and Health of Japanese High School Students: SDA Vegetarians and Non-vegetarians - by Mitsuru Kakimoto, Japan, at the Congress in the USA 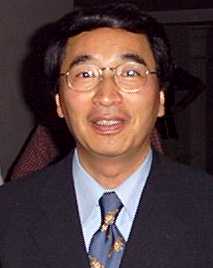