1967 - November, IVU Congress in New Delhi, again organised by Jay Mankar. Beatles due at nearby Rishikesh but delayed by Paul filming magical mystery tour. Would they have visited the Congress?

1968 - February, Beatles at Rishikesh, 150 miles NW of Delhi, with Maharishi, all vegetarian

from The British Vegetarian, May/June 1968:

Hard Days Yoga
Even The Times(19.2.68) condescended to reporting that the Beatles had a vegetarian diet while meditating with their Maharishi in Rishikesh.
Good example in our youthful drug-addicted, violent, protesting world.

1977 - Jay Mankar dies just before the next Congress he was organising in India, memorial award created 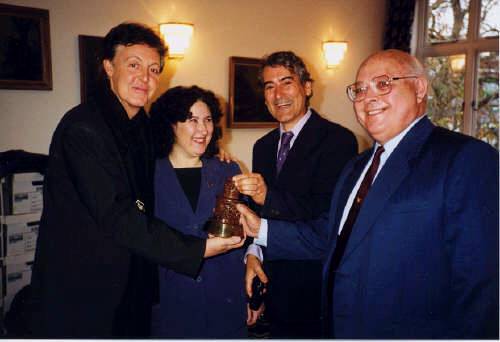 2002 - Paul sponsors delegates from developing countries to attend Congress in Edinburgh. Used to pay for Africans and others.