From reports of the 1923 IVU Congress, held in Sweden:

We give the full list of papers in alphabetical order :- . . . Frank Wyatt " Report for London Vegetarian Society." . . .

From reports of the 1926 Congress in London: 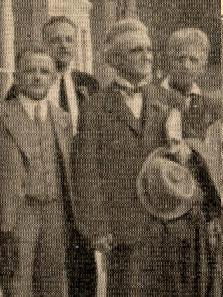 Mr. Wyatt was heavily involved with organising the London Congress, and probably wrote the reports - but makes no mention of himself. From reports of the 1929 Congress is Czechslovakia (the photo right shows Mr. Waytt in front, with the hat, at the 1929 Congress):

We print . . . a report, by Mr. Frank Wyatt, of the proceedings of the seventh International Vegetarian Congress,

The Vegetarian Society and the London Vegetarian Society each sent two delegates, the former being represented by Dr. Walter Walsh and Mr. James Hough, and the latter by Mrs. Harold Goddard and Mr. Frank Wyatt. It was at least a source of satisfaction to the British delegates themselves that all four were actually members of both societies.
. . . F.W. [Frank Wyatt]

- he still modestly makes no other mention of himself. From the reports of the 1932 Congress, held near Berlin:

. . . an Executive Committee, to serve until the next meeting of the Congress at Zurich in 1935, was also elected, as follows : . . . and Mr. Frank Wyatt (Great Britain), . . .
A proposal from Holland resulted in the formation of a small international committee which would meet whenever there was important business to transact. The appointed committee con-sisted of . . . and Mr. Frank Wyatt (London). [the committee had 5 members]

The proceedings of the Congress being this brought to a close, the delegates departed for home next morning, many of them, including the five English delegates - . . . Mr. Frank Wyatt - travelling via Hamburg, where a halt of a day and a half was made so that opportunity might be given for accepting the hospitality of the vegetarians of that city at a farewell banquet held the following evening,

Reports from the 1935 Congress in Denmark:

The foregoing officials, together with Mr. Frank Wyatt (England) were re-elected on the special Committee to act whenever there was important business to be dealt with. [now just a committee of four]

From reports of the 1938 Congress in Norway:

Arrangements for visitors to attend the Congress must he made direct with Mr. Frank Wyatt, 6 Duke Street, Adelphi, London, W.C.2, who has undertaken to book accommodation, and from whom full particulars may be obtained.

. . . it is requested that those proposing to participate shall notify the Secretary of the London Vegetarian Society without delay. Both he and Mrs. Wyatt will accompany the party from London.

Mrs. Frank Wyatt and the writer himself [J. Arnold Reid] - co-delegate with Mrs. Wyatt, from the London Vegetarian Society.
. . . The delegates from Gt. Britain were Mrs. Wyatt (London), . . . [apparently Mr. Wyatt did not go...]

The officers, together with Dr. H. J. Rogler (Norway) and Mr. F. Wyatt (England), were elected on the special committee to act whenever there was any important business to be dealt with. . . .
. . . and Mr. Frank Wyatt were re-elected as members of Committee . . .[... but he was still re-elected to the committee]

Short speeches - interspersed with classical music rendered by a hidden orchestra - by representatives of various nations included a cordial expression of thanks to our Norwegian hosts by Mrs. Wyatt on behalf of delegates and visitors from Great Britain.

From reports of the 1947 Congress in England:

Before extending a welcome to those present, the President, Mr. W. A. SIBLY, M.A. (Oxon.), J.P. Stonehouse, Glos., referred to the passing (during the war) of the Union's former President, Mr. C. J. van Borrendam, of Holland, of its Honorary President, Herr Durr, of Czecho-Slovakia, and of Mr. Frank Wyatt, the late Secretary of the London Vegetarian Society. The delegates stood in silence before continuing the proceedings.

Mrs. Mary Wyatt played an active role in the 1947 Congress, but we have no mention of her after that. 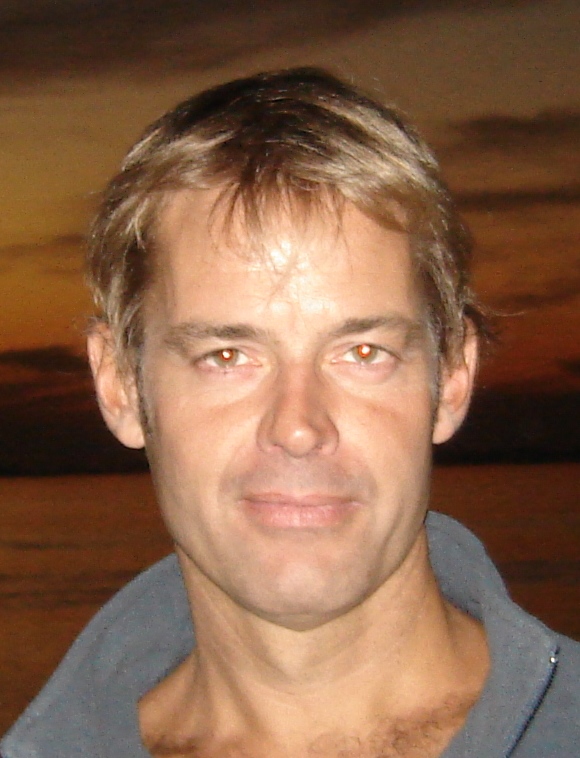 Carlos Naconecy, PhD, is a Brazilian animal ethics philosopher, independent researcher and author. Fellow of the Oxford Centre for Animal Ethics. Consultant Editor of the Journal of Animal Ethics. Director of the Animal Ethics Department of the Brazilian Vegetarian Society. He was a Visiting Scholar at the University of Cambridge. His publications include a book (in Portuguese) titled Ethics & Animals.

A collection of articles.

Note - these are not just lists of 'famous vegetarians' - they are people with a view on the subject, and the articles explain whether they put those veiws into practice.

The Diet of Early Humans

A collection of articles:

Ancient India and The East

A collection of articles:
Note - these are not just lists of 'famous vegetarians' - they are people with a view on the subject, and the articles explain whether they put those veiws into practice.
See also the early sections of: